As the Civil Air Patrol was coming into existence in 1941, the consensus was that there should be an echelon between the 52 wings and National Headquarters. The founders of the CAP decided to mirror the nine existing Army Corps Areas. In each one, a Region Commander would coordinate wing activities. During this formative stage, this concept proved to be helpful in getting the new organization up and running.

Until April 1942, Gill Robb Wilson himself commanded both the 1st and 2nd Regions. Only five of the nine regional commands were ever actually filled, three by Army officers. The Army often found it necessary to send these officers on military missions outside their regions. These shortfalls at the regional level necessitated more and more direct contact between the wings and National Headquarters. The Office of Civilian Defense (then the parent body of the CAP) abolished the regional commands on August 14, 1942.

On a shield of Air Corps Azure Blue, all within a silver border is centered a White circle, in its center is Red cartographic emblem of a compass rose, with all of the 32 compass points clearly defined, the center of which is a Silver propeller and white triangle, the emblem of the Civil Air Patrol, emanating from the center of this compass rose into the Northeast quadrant of the shield, are nine sun yellow rays which represent the Nine Wings of the Northeast Region, superimposed on a gold background which represents enlightenment, above and to the left is a White star charged with a Red disk, the traditional emblem of the Army Air Corps/USAF which represents the U. S. Air Force as a guiding star and overseer. The bottom of the Shield has a White scroll and Black letters NORTHEAST REGION that signifies a command organization.

The design was developed in early 1970 and was the product of Colonel John J. "Jack" Herbert, USAF and Commander of the Northeast Liaison Region, along with then Major Leonard A. Blascovich, CAP, Director of Cadets for the Northeast Region. Col Fred Bamberger, USAFR, Northeast Region Reserve Assistance Coordinator, had a professional drawing made for use as a master in the manufacture of the emblem as a patch. The drawing and the patch was approved in September 1970 by Col Edwin M. Lyons, CAP commander Northeast Region, thus making this the "Official Emblem of Headquarters, Northeast Region, Civil Air Patrol". The original drawing for the patch has has been preserved.

Starting in 1978, the patch was worn by the NER drill team on the "Shade 107" Olive Green (OG) fatigues for the National Cadet Competition. The Shade 107 fatigue uniforms were phased out as a CAP uniform in 1996. Updated 28 May 2012

Julius "Julie" Goldman (1913 - 2000) was a noted pilot, flight instructor, and aviation entrepreneur. Over his long lifetime, he logged over 23,000 hours in 124 models of land and sea aircraft, and was an FAA Examiner for 37 years. He managed a succession of thriving aviation businesses in northeastern Massachusetts from the 1930s until the 1980s. During World War II, he served in the Army Air Force. Colonel Goldman was Massachusetts Wing Commander (1966 - 1970) and Northeast Region Commander (1970 - 1977). He went on to serve as National Operations Officer and National Safety Officer. 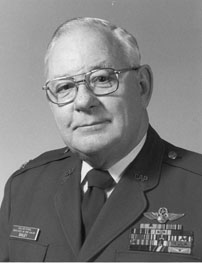 Edgar Bailey (1922 - 1989) was a sergeant in the Marine Corps during World War II. Joining the CAP in 1948, he commanded the Rhode Island Wing (1966 - 1979) and the Northeast Region (1979 -1986). He went on to become National Chief of Staff, and was subsequently elected as National Vice Commander. He was the first holder of this office to be accorded the rank of Brigadier General. 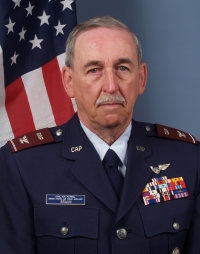 David Braun became a CAP cadet in 1954, and enlisted in the Marine Corps in 1956. He reentered CAP as an officer in 1980. Colonel Braun commanded the Maine Wing (1982-1990) and the Northeast Region twice (1990-1992, and 1993-1995). He went on to senior assignments at the National level including the chairmanship of the National Commander's Counterdrug Committee. Colonel Braun is a qualified incident commander with expertise in large scale disaster relief. 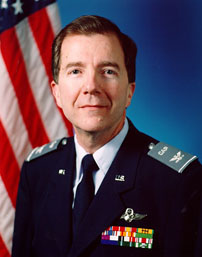 Colonel Joseph "Skip" Guimond served as an infantry officer during the Vietnam War, and received the Bronze Star and numerous other decorations. He joined CAP in 1980 and served as a check pilot, squadron and group safety officer, group commander, wing vice commander, Pennsylvania Wing Commander (1994-1995), and Northeast Region Commander (1995-1999). He is a command pilot with over 3,000 flight hours, a certified flight instructor (both airplane and glider), and an FAA Aviation Safety Counselor. 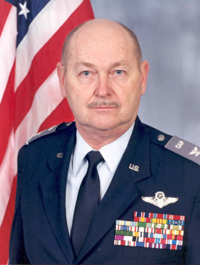 Donald Prouty enlisted in the Air Force in 1957, and served as an Air Traffic Controller. As an officer, he was a navigator aboard transport aircraft. He went on to fly for Eastern Airlines, and continued to serve his country in the USAF Reserve and the New Hampshire Air Guard. He has logged over 13,000 hours in a wide variety of military and civil aircraft. Colonel Prouty served as Massachusetts Wing Commander (1986-90), Region Vice Commander (most of the 1990s) and Region Commander (1999-2001). In 2001, he was named as CAP's FEMA Coordinator. 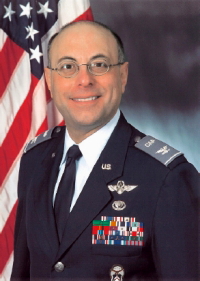 Richard Greenhut was already a veteran pilot and FAA Safety Counselor when he joined CAP's New York City Group in 1990. After serving as New York Wing commander, Colonel Greenhut took over the Northeast Region shortly before the terrorist attacks of September 11, 2001. Colonel Greenhut had a leading role in the CAP's relief effort, and also flew many sorties himself. 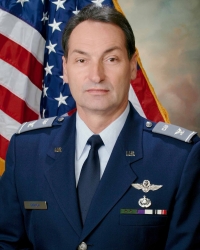 Robert Diduch brought his experience as a successful entrepreneur to CAP, as well as his qualifications as a flight instructor and airline transport pilot. After serving in a wide variety of operational positions at the squadron and wing levels, Colonel Diduch commanded the New Jersey Wing (2004-2005). His term as Region Commander (2005-2009) saw the adoption of glass cockpit technology, hyperspectral imaging, and narrowband communications.
The Northeast Region is unique. We boast nine wings, including two of the nation's largest (New York and Pennsylvania), and two of the smallest (Vermont and Rhode Island).  The Northeast Region includes the Boston, New York, Philadelphia and Pittsburgh metropolitan areas, yet it is also the most forested of all the regions.

When terrorists attacked New York on September 11, 2001, the Northeast Region led the rest of CAP in providing much-needed disaster relief. Like our forebears who guarded America against enemy submarines and saboteurs, we remain Semper Vigilans.

Historian
This email address is being protected from spambots. You need JavaScript enabled to view it.

Historian Assistant
This email address is being protected from spambots. You need JavaScript enabled to view it.